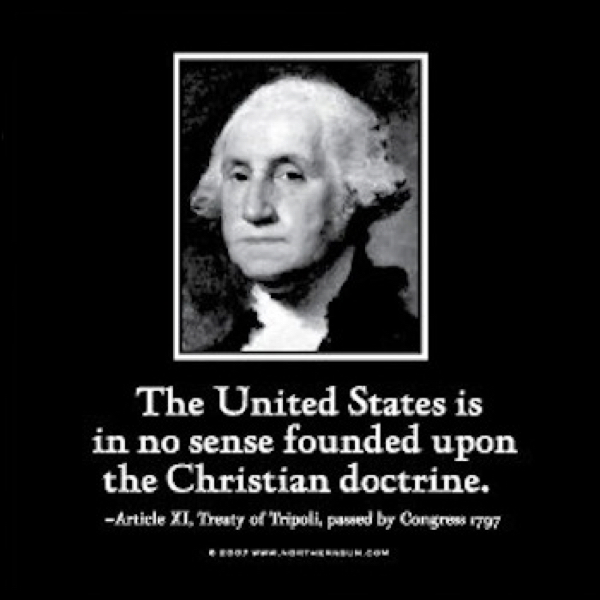 I generally don’t like to talk about politics or religion – “Damnit, Jim, I’m a writer, not a political pundit!” – but it seems like we’ve backslid about sixty years in the past few months, especially regarding women’s rights and the idea that the United States of America is not now, nor has ever been, a Christian Nation.  I imagine the 1950s were a wonderful time in some regards.  In others, however, it was not.  Widely accepted and protected racism and sexism are only a few of the social evils we have mostly left behind.

It seems lately that a lot of these old notions have been pulled out of the trash-heap and dusted off.  It seems insane to me, how many people seem eager to erase sixty years of social progress.  When I heard a man who I once liked and respected refer to The President of the United States as – and I apologize for this – “The Niger ‘N’ Chief,” it felt like someone slugged me in the stomach.  I guess I always knew there were people who thought and behaved that way, but it’s a shock to find out how many there are, and how close I am, or in this case used to be, to some of them.

So, here are my two cents, for what they’re worth.

Regarding Religious Freedom and the Upcoming Elections.

National elections have always been a messy business, lots of name calling, finger pointing, and hate of contrary ideas and beliefs manifesting as hate toward the people who hold those contrary ideas and beliefs.  The upcoming election seems, to me at least, to be an especially rancorous one, and most of that ugliness seems centered around political figures presenting themselves as religious leaders to a constituency of THE FAITHFULL.  They betray a sense of entitlement, a GOD GIVEN imperative for THE FAITHFUL to spread THE TRUTH as far and wide as possible, and to turn THE TRUTH into THE LAW whenever they can.

I come from a family of Jehovah’s Witness, and say what you will about that particular sect, they refused to get involved in politics in any way.  All of the ones I knew at least believed they had no business at all getting involved with the political process, which they considered too worldly to participate in, and I was led to believe that was the official position of the JWs.  Maybe that is why the idea of mixing religion and politics seems so ridiculous to me.  Or maybe the notion of turning religious belief into law is just a ridiculous one.

Most religious sects see it as their job to make everyone else behave and think the way they do, and since good old fashioned conversion is plainly not doing the job for them anymore, they have decided they must write their beliefs into law and force us to behave and think as they do.  Kind of like The Taliban did in this little Middle Eastern country some of you may have heard of.  If you think The Taliban is an unfair example, then you need to start paying attention to how some of the Christian extremists behave.  It’s frightening.  If the Hard Religious Right was given free reign in the USA, we would be burning witches and demon worshipers (ie, anyone who doesn’t agree with them) at the stake, and stoning homosexuals, liberals, and atheists to death in town squares for the entertainment of THE FAITHFUL.

They are not fighting for religious freedom.  They already have religious freedom.  They are fighting to create a GOD CENTERED AMERICA, also known as a theocracy.  Google theocracy if you don’t know what it is.  I am referring to the extremists, not the sane majority of religious people, but unfortunately it is the extremists who are making the most noise and putting forth a huge effort to recreate America in their demented image.

Congress shall make no law respecting an establishment of religion.

I found the line above in a curious old document called The United States Constitution.  Evidently the fellows who wrote The United States Constitution were so serious about the idea that they included it in The First Amendment.  They didn’t waste any time putting it down on paper.  They wanted it right out front.  And just in case the Founding Fathers didn’t make their opinion of religion mixing with politics clear enough in The First Amendment, I’ll offer the following historical quotes.

“The United States in is no sense founded upon the Christian religion.” – George Washington

“History, I believe, furnishes no example of a priest-ridden people maintaining a free civil government. This marks the lowest grade of ignorance, of which their political as well as religious leaders will always avail themselves for their own purpose.” – Thomas Jefferson

“In no instance have churches been the guardians of the liberties of the people.” – James Madison

“This could be the best of all possible worlds if there were no religion in it.” – John Adams

“I disbelieve all holy men and holy books.” – Thomas Paine

I know these last two aren’t Founding Fathers, but the quotes are excellent.

“The Bible is not my book, nor Christianity my profession.” – Abraham Lincoln

“I distrust those people who know so well what God wants them to do because I notice it always coincides with their own desires.” – Susan B. Anthony

We live in a nation, in a world, full of conflicting opinions and ideas, and here in the good old USA you are allowed to hold and express any opinion you want.  That right, granted to you by The First Amendment, extends to your religion.  Worship Yaweh, Allah, Odin, Zeus, the sun, Mother Nature, Justin Beiber, or even The Flying Spaghetti Monster, whatever floats your boat.  You can even – and here’s a radical notion indeed – worship nothing at all!

What The First Amendment does not grant is the power for some backward thinking politician to write his religious beliefs into law.  If said politician feels strongly about a topic, then he/she must find a way to promote his or her position without falling back on the Bible or God.  If they can’t, then he or she is not worthy to promote that idea, or the idea itself is not a worthy one.

Separation of Church and State is not a radical idea, or even a new one.  It’s what will prevent this nation from becoming a theocracy, and if you think a theocratic nation would be a good thing, just imagine what life would be like if it wasn’t your faith or sect in the seat of power.  Then you might discover what religious persecution is all about.