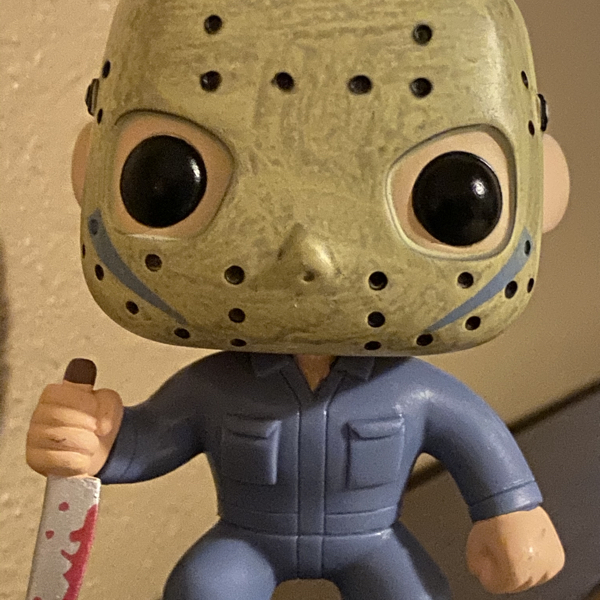 In 1985, just before the release of Friday the 13th part 5, A New Beginning, the same writers and director responsible for resurrecting the franchise without its iconic villain, Jason Voorhees, rushed their sequel through production. The original version of Friday the 13th part 6 began when some stray thoughts and prayers accidentally resurrected Joey, the murdered son of part 5’s killer, Roy Burns, the psycho paramedic.

The film was shot, edited, scored, and then shit-canned by the studio after a single test screening and never spoken of again by anyone involved. There is no IMDB entry, no industry reviews, no interviews, not a single mention or credit for any of the actors or production staff. The only evidence that this version of Friday the 13th part 6 exists are the handful of promotional laser discs stolen from the studio after the films were ordered destroyed. Most, but not all of the stolen laser disks were recovered, and the remaining at-large disc was later burned onto a dvd, which has since been copied and traded between horror movie aficionados.

Most who have watched the movie refuse to speak of it. Most of the actors involved have never worked in Hollywood again, and the writers and director refuse to acknowledge its existence to this day. If you manage to find a copy, the best thing you can do is add it to your collection but never watch it.

This film is widely regarded by those fans who know of its existence as bad luck, even cursed. Most who attempt to watch this bad luck movie turn it off within 15 minutes or so and suffer few serious consequences. The unlucky few who have watched it until the end have attempted suicide, suffered irreversible hysterical fits, even attempted, and sometimes succeeded, in puncturing their own eardrums and digging out their own eyeballs.

Fan reviews from those who have retained their health and sanity are not encouraging.