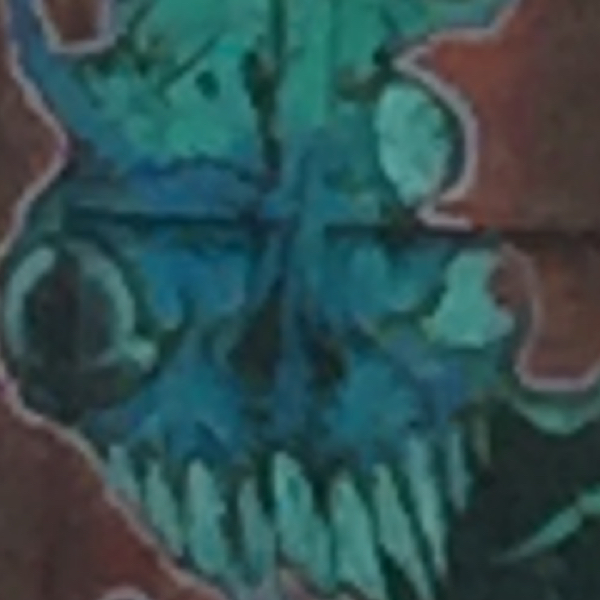 You’ve seen them wandering aimlessly, staring down at their phones, off in their own little virtual worlds.  You might even be one yourself, so focused on the chase that you wouldn’t even notice if you fell right into the game.  The game even warns you to be observant, to be aware of your surroundings.

If you can’t keep at keep at least one foot in the real world, you never know where you might end up.

All the Puchikai at Wallyworld Suck

Beth paused at the corner and grabbed Terry’s shoulder to keep him from stepping into the street and getting creamed by a panel truck that sped up to beat the light at the intersection.  Terry didn’t even look up from his phone.

“We gotta hurry,” Terry said, oblivious to the close call.  “There’s a Gozuu in there!”

He pointed across the street at the Walmart.

“Bullshit,” Beth said.  “All the Puchikai at Wallyworld suck.”

A shirtless pedestrian taking in summer sun sneered down at them as he passed by.  “Stupid fucking kids.”

Beth, who was fourteen and hadn’t considered herself a kid since she was raped at twelve, ignored him.  Terry, who Beth did kind of consider a kid even if he was a year older, appeared not to have heard the man at all.

“Puchi-Map says it is.”  He tapped his phone’s screen, a virtual map with them at the center.  “Puchi-Map is never wrong, but it won’t stay there forever.”

The Don’t Walk at their crosswalk turned to Walk, so she grabbed him by the arm and led him across the street.  He followed without even looking up from his phone.

Puchikai World, the latest craze in VR mobile gaming, was kind of kid’s stuff, but Terry was wild about it, and Beth was kind of wild about Terry, so they played and collected together.

Terry’s collection of Puchikai, little cartoon creatures, was big enough that he ignored the scores of wild Puchikai roaming around the Walmart parking lot.  He had all of them.  He stayed on Puchi-Map, a third-party app that was against Puchikai World’s terms of service, technically speaking, even though a lot of people used it.

Beth found and caught three new ones as they crossed the parking lot, then realized she was almost out of traps and restrained herself.  If there really was a Gozuu, the holy grail of Puchikai, in Wallyworld, she might need all the traps she had left to catch it.  Most Puchikai were cute, in a Japanese Anime kind of way, but next to useless when fighting other players in the game.  Gozuu was a true monster, one of the few near unbeatable catches.  So rumor said, anyway.  She didn’t know anyone who had caught one, or even seen one.

She watched her screen to see if it would appear to her.  She also continued to watch traffic, and steer Terry out of harm’s way when he tried to wander into it.

He kept his eyes on the map, then zoomed in on the building they were about to enter.

“Looks like it’s in Electronics,” he said, and finally looked up as they stepped through the automatic doors and into the air-conditioned chaos of Walmart.

Beth checked again, but it wasn’t showing up on her game app yet.

Terry clicked out of the map and opened the game.

Gozuu finally appeared on her game as they walked past the pet food isles, and Beth began to share Terry’s excitement.  She didn’t start feeling nervous until they passed a display of new iPads and entered Electronics.

It was deserted.  Not a single customer browsed the DVDs or video games.  There were no employees around to mean mug them, the way store employees always seemed to do with teenagers, as if they were up to no good.

They followed the short-range trackers on their game apps, then stopped in front of a pair of black swinging doors.  Employees was written in big letters across one, Only across the other.

Beth took a step back and looked around.

Terry ignored her and pushed through the swinging doors, into the darkness beyond.

“Shit!”  Beth looked around again, then stepped in behind him.

“Terry?”  Beth whispered, then gave a little whistle to get his attention.  There was no reply.

She looked down at her screen, saw Gozuu ahead and to the right.  She tapped the Traps icon to get them ready and followed after Terry.  The glow from her screen gave enough light to see directly around and in front of her, but no more.  She moved slowly.

No sign of Terry, but Gozuu appeared on her screen, ready to fight.  She threw a trap and waited to see if she would need another.

A growl from directly in front of her drew her attention away from her phone.

Two large red eyes opened up the darkness just outside her circle of light, then the thing in the darkness rushed forward to get her.

Beth opened her mouth to scream …