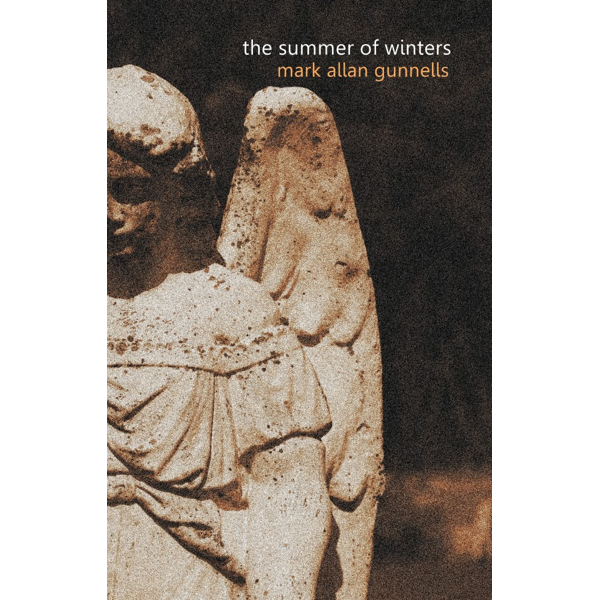 I first met Mark on some message board or other a few years back and was first impressed by his enthusiasm for fiction … specifically mine. What can I say? I’m a sucker for flattery, and Mark was a very vocal supporter of my work.

Later I was impressed by his ability to spin a good scary yarn, very impressed. Of all his work to date I am most impressed by The Summer of Winters.

I found aspects of the story, the alienation and loneliness of some children and the cruelty of others, especially poignant. The disturbing sense of dark nostalgia that the story held for me, a resonance that genre fiction all too often fails to achieve drew me in almost immediately. Mark’s excellent storytelling kept me there, and I finished the story in a single sitting.

Q: Mark, A Summer of Winters feels like a very personal story. How much of it sprang from your own childhood, your friendships and relationships?

A: Well, the main plot is completely fictitious, and while some of the characters were modeled after people I knew, no one character represents a living person. That said, I threw in so much of my childhood into this story that I feel in some ways I was using it as a means to preserve my memories. The setting is real, my hometown, and I utilized as many of the places that were important to me as a kid as would fit in the story. The main characters house is a house I lived in as a kid, and the bamboo forest and the thick bushes with the tunnels running through them were all read. And several events in the story—the younger brother slamming the door on his finger and needing stitches, the teacher who snatched away the candy for not saying thank you, etc.—actually happened to me. So while the book is a piece of fiction, there is much truth of my past in it.

Q: How hard was this story to write?

A: Well, the plot goes to some very dark places, and that made it somewhat painful to deal with. Also, some of the more unpleasant aspects of my childhood made it in. That said, I did enjoy the process of writing the story.

Q: When I started reading, I expected a supernatural story, probably a ghost story. I was pleasantly surprised at the way you instilled such a creepy atmosphere into what is essentially a mystery/thriller. Is this the type of story we can expect from you in the future?

A: It is true that previous to this book, most of my published work was horror and supernatural in nature, but I don’t want to be a one trick pony kind of writer. My latest published book is a love story (with a sci-fi angle), and the book I’m currently working on deals with witchcraft and ghosts. So, I hope to explore many different genres in my career.

Q: A Summer of Winters is also a really great coming of age story on par with James Newman’s Midnight Rain (and trust me, that is a high compliment coming from me). Are you planning something similar in novel length?

A: I’ve always loved the coming of age genre, and the Newman you mentioned is one of my favorites. Along with works by Lansdale, McCammon, King. I’ve always wanted to write one but could never really hit on an idea that worked for me until The Summer of Winters. Would I be open to working in the genre again? You betcha. But I’d have to hit on an idea that I was really passionate about. I revere the genre so much, I wouldn’t want to half-ass it.

Q: What do you have in the works? What’s coming soon?

A: Well, I co-authored a novella with Benjamin Kane Ethridge entitled Locked Room Misery that is due out from Gallow’s Press sometime this year, but I’m not certain of any specifics. I’m also working on a novel for JournalStone, and eventually plan to do a sequel to my novel The Quarry. Also fingers crossed I’ll be doing a new collection with Evil Jester Press.

Q: Anything I missed that you’d like to talk about? I’m all ears.

A: I think you about covered it. Just want to thank you for your time, and thank everybody out there who has ever taken a chance on one of my works and everyone who may in the future.

Thank you very much for your time today, Mark. As always, you’re a real pleasure to chat with.